Share a memory
Obituary & Services
Tribute Wall
Read more about the life story of Derek and share your memory.

It is with great sadness that we announce the passing of our dear father Derek Humphries on January 16th, 2023. Derek passed away peacefully at the age of 81 with his loving wife by his side.

Derek was born in Liverpool, England to his parents Sydney Humphries and Lily Warburton, and had an older brother, Reg. He loved anything with an engine; cars, boats, motorcycles, and trains. His early career at The British Railway would eventually lead to him meeting his beautiful wife, Hilda. Derek and Hilda had three beloved sons, Mark, Gary, and Simon. Their search for a better life for their family eventually led them to Canada. With their sights originally set on British Columbia, a career opportunity arose in Winnipeg where they would settle down and start their new lives. In Winnipeg, Derek and Hilda helped found “The British Winnipeg Club” which held numerous events such as socials, dances, and car rallies.
Derek worked for CP Rail for the majority of his life before retiring with Hilda to live in Arnes with their dog Chester. During retirement, they joined a camping club, “The Good Samaritans,”  which took them all over the United States.

Derek was blessed with 5 wonderful grandchildren and one great grandchild. He will always be remembered as a hard worker and loving father. His family is grateful for the support and attendance in celebration of his life.

Memorial service will be held on Friday, January 27 at 11:00 a.m. in the Gilbart Funeral Chapel, Selkirk, MB. The service will be livestreamed via the link https://youtu.be/-RNM_z8WmkA

Your browser does not support this video format. You should be able to view it in Chrome, Safari or Internet Explorer. 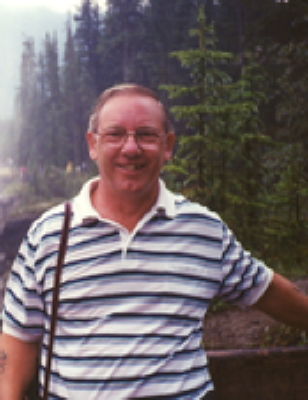