Share a memory
Obituary & Services
Tribute Wall
Read more about the life story of Donna and share your memory.

Once again cancer robbed a beautiful soul of her life. Donna Borgford passed away at Selkirk Regional Health Centre on January 16, 2023. She was born October 18, 1946.

Donna was predeceased by her loving husband Victor, her parents, Reg and Floss Knapp, Victor’s brother Steinie, and Victors parents, Gusti and Stebba Borgford.
She was instrumental in the founding of Springs Church, and involved in volunteer work, one of which was the Youth Justice Committee.

Donna taught at Red River College for 2 years and authored a book “Exploring Business” that was used as a text book for Red River College. After that she worked at Great West Life as a Assisting Corporate Secretary. She loved her job and was a dedicated employee for 38 years, retiring at the age of 67.

Donna had a passion for helping anyone needing help, whether it was a person or a puppy. She also loved travelling with Victor. They completed a round the world tour in the early days of their marriage, and later camping with their children. Donna lived her life to the fullest.

Donna, we will forever miss you in our lives, and so thankful that now you are safe in the arms of Jesus, and your suffering is over.

In lieu of flowers, donations would be appreciated at the Youth for Christ, 426 Clandeboye Ave., Selkirk MB, R1A 0X6, or a charity of your choice. 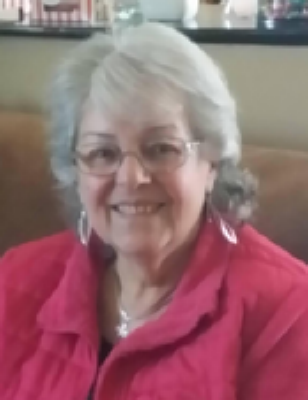