Share a memory
Obituary & Services
Tribute Wall
Read more about the life story of Marcel and share your memory.

Besides his wife of 60 years, who passed away on January 1, 2020, Marcel was predeceased by Angele (DeVloo), the mother who gave birth to him, and Marie (Ledoyen), the mother who raised him, his father Frank, his parents-in-law Hector and Maria Temmerman, and his brothers-in-law Maurice Maes, Frank Temmerman, Lawrence Delichte, and Phil Sarrasin.

Marcel was born on October 15, 1934 at home in Swan Lake, Manitoba, and attended Swan Lake School.  With his family homestead bordering town limits, the distance to the school was a leisurely half mile walk, but in Marcel’s case, it was a healthy run.  Marcel contributed to the family business, but decided to leave farm life in his early twenties, joining the Royal Canadian Air Force.  After training in Quebec and exploring New York City while on leave, he graduated in 1957 and was stationed at the RCAF base in Namao, now part of Edmonton.  While at home on leave during Christmas 1957, he was reacquainted with his childhood friend, Zulma Temmerman, at the local New Year’s Eve dance.  After the dance, Marcel took Zulma for coffee, and they talked into the wee hours of the New Year.  After a whirlwind long-distance courtship of a few months, they became engaged at Easter 1958, and were married in Swan Lake on May 9, 1959.  After spending another four years in Namao, which saw his family expand by three children, Marcel was stationed in RCAF base Vanastra in southern Ontario.  In 1966, Marcel retired from the RCAF and he and Zulma decided to settle for good in Manitoba.  His first post-RCAF job was with Allis-Chalmers.  Soon after, he began his career with Canada Post, first in the Winnipeg main plant, and then becoming assistant postmaster in Morris.  He then became postmaster in Emerson, then Manitou, and finally Gimli.  Highlights of his postmaster career included setting up a temporary post office for Emerson in Winnipeg during the flood of 1979, and having the distinction of celebrating the 100th anniversary of the Gimli post office.   Every time he relocated, his priorities were to join the local church and the curling club.  In every location, he served on parish councils, and was a past president of the Morris Lion’s Club and Morris Curling Club, and was a former member of the Gimli Lion’s Club.  After 29 years with Canada Post, Marcel retired in 1995, and his call to service increased significantly.  He was a charter member of the Gimli Lawn Bowls Club, and spent countless hours building and maintaining the bowling greens, fundraising for the club building, and organizing team schedules and tournaments for many years.   Marcel was a member of the committee that oversaw the creation of Evergreen Basic Needs, a charitable, community-based organization in Gimli, and he was a relentless fundraiser for Evergreen’s building.  Marcel was a willing contributor of his time, talent, and treasure for many causes in the community.  He continued his volunteer work for many years until he dedicated his time to caring for Zulma as Alzheimer’s Disease began to affect her daily living.

Marcel started curling in 1947 in Swan Lake, and it became a life-long hobby.  While he may have missed a season or two, he curled close to 76 years.  He initially curled with his father and two brothers, making it a family affair.  In his prime curling years from the late 1950’s to early 1980’s, and mostly as skip, he won countless bonspiels, including the RCAF national championship, the Canada Post provincial championship, and Manitoba Senior’s zone championship.  His trophy case was always full.

Another hobby that Marcel took up in retirement was woodworking, and he made such things as doll houses, cabinets and wall hangings, as well as the crosses that are behind each of the Stations of the Cross in St. Michael’s Church. Marcel shared his love of music with Zulma, was a founding member of The Westshore Singers, and was a member of many church choirs.

He was a first-generation Canadian, proud of his Belgian heritage. He and Zulma loved to travel, especially across Canada and to Europe.  Marcel appeared to be the “quiet one”…until you got to know him.  He loved to joke and laugh, usually at his own expense, and enjoyed a good dirty joke and British humour, particularly Benny Hill, Mr. Bean, and the Carry On movies.

Marcel was a Millennial Dad and a feminist in the early 1960’s, long before those terms were in vogue.  While Zulma worked the evening shift at the local hospital, he made dinner for their kids, bathed them, changed diapers, read stories, and put them to bed.  He also had a special talent as a baker.

Marcel had a special relationship with each of his grandchildren.  He was Silly Grandpa, and loved to make them laugh.  He was a five-time cancer survivor, and he approached each treatment with faith, courage and determination.  Marcel lost his mother when he was 10 months old, and he learned resiliency at a young age.  He overcame the challenges of his childhood and teen years to become the loving, generous, compassionate, and forgiving man that he was.  A strong Catholic, he and Zulma were dedicated to building their family on a foundation of love, laughter and faith.  He was his children’s hero and a good friend to all, and will be missed.

Funeral Mass will be celebrated on Saturday, January 28, 2023 at 11:00 a.m. at St. Michael’s Church, 113 7 Avenue, Gimli, MB, concelebrated by Father Stan Gacek and Father Art Seaman.  Interment at Swan Lake Cemetery, located on his childhood family homestead, will occur at a later date.

The family gives heartfelt thanks to his many friends who supported him after Zulma’s death, and to the folks at Robin’s Donuts, Tim Horton’s, The Oldie Café, Chicken Chef, the Lakeview Hotel dining room and the Country Boy and Beach Boy restaurants who put up with his corny humour and for ordering the same thing over and over again.  We know he really appreciated it.

In lieu of flowers, the family requests that donations be made to Evergreen Basic Needs in Gimli (evergreenbasicneeds.com). 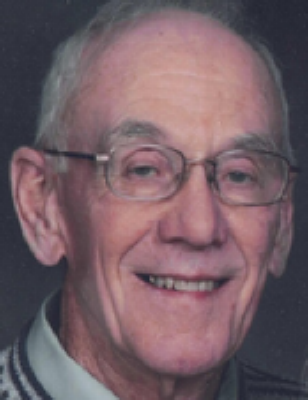